The poster shows all data from UK and Ireland including SOTEAG’s long term data set.

Changes in rocky shore community composition as responses to climatic fluctuations and anthropogenic warming can be shown by changes in average species thermal affinities. In this study we derived thermal affinities for European Atlantic rocky intertidal species by matching their known distributions to patterns in average annual sea surface temperature. Average thermal affinities (the Community Temperature Index, CTI) tracked patterns in sea surface temperature from Portugal to Norway, but CTI for communities of macroalgae and plant species changed less than those composed of animal species. This reduced response was in line with the expectation that communities with a smaller range of thermal affinities among species would change less in composition along thermal gradients and over time. Local‐scale patterns in CTI over wave exposure gradients suggested that canopy macroalgae allow species with ranges centred in cooler than local temperatures (“cold‐affinity”) to persist in otherwise too‐warm conditions. In annual surveys of rocky shores, communities of animal species in Shetland showed a shift in dominance towards warm‐affinity species (“thermophilization”) with local warming from 1980 to 2018 but the community of plant and macroalgal species did not. END_OF_DOCUMENT_TOKEN_TO_BE_REPLACED

Hillswick Wildlife Sanctuary have kindly judged SOTEAG’s 2019 photography competition. Thank you to everyone who submitted a photo into the competition. It was fantastic to see so many varied photos on the theme ‘Your Coast’. 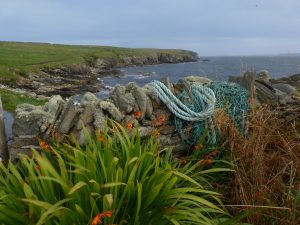 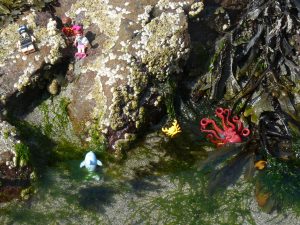 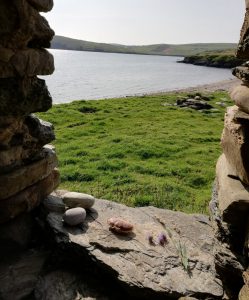 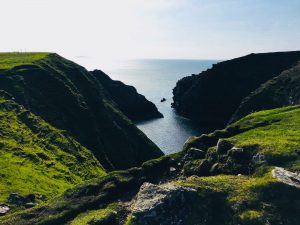 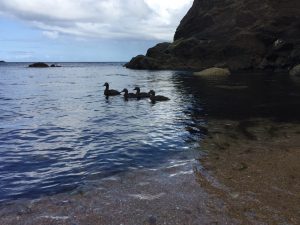 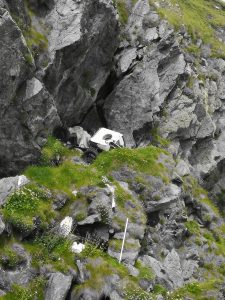 SOTEAG plug: 57-59 minutes into the programme. 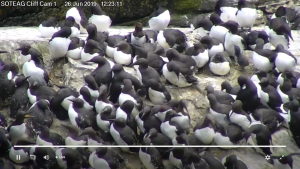 In the winter months this webcam captures beautiful footage of the waves as they break against the rugged coastline. In the summer it becomes alive with activity as the seabird colonies return to the cliffs at Sumburgh Head.

This new resource will help with

SOTEAG attended the 4th Premiam conference looking at effective post-spill monitoring. Oil spills remain a threat to the marine environment and speakers highlighted their experience and the importance of deploying science and technology in an effective way following oil spills. The event had an excellent programme of speakers drawn from the private, public and academic sectors. 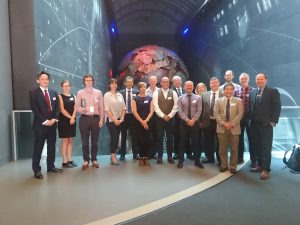 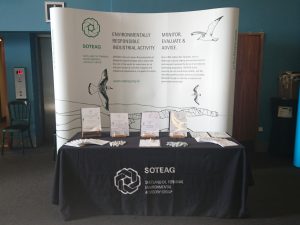 The nature enthusiast enjoyed a packed day which kicked off with a talk and a spot of birdwatching at Sumburgh Head.

He then helped Anderson High School children undertake a beach clean at Burwick, teaching them about looking after the coastal environment in the process.

Iolo with schoolchildren at the Burwick clean-up.Williams rounded off his visit by giving a talk to guests at Shetland Museum in the evening.

The TV presenter’s trip to Shetland was originally planned for March, but it was cancelled due to weather related travel disruption.

The Welshman said he studied the work of SOTEAG closely when he worked for the RSPB for a number years.

The organisation was founded in 1977 to carry out wide-ranging environmental baseline surveys in order to measure environmental damage, and recovery, in case of an oil spill at Sullom Voe.

“I worked for the RSPB for 15 years and had to deal with several major marine incidents,” Williams said.

“What we learned fairly early in Wales is the fact that we don’t have the network in place to deal with them efficiently, so one of the main things we looked at was how SOTEAG worked up here.

“How everybody works together, the very impressive network that they have to monitor, but also to deal with any incidents, heaven forbid should anything come along.

“The fact they’ve been going for 40 years is some achievement and when you look at what they’ve done – the model here has been copied not just by us in Wales but all over the world. It really is a great working model, everybody coming together and working towards the same goal.”

SOTEAG reports to and is funded by the Sullom Voe Association (SVA) Limited, which is comprised of Shetland Islands Council, TAQA, Total and EnQuest.

SOTEAG funded the new installation of a permanent exhibition at Shetland Museum and Archives. The new exhibition is based in the natural environment and human history zone. This project was set up to celebrate SOTEAG’s 40th anniversary and to highlight all of the hard work that has been carried out over the past 40 years.

Please follow the link below to hear Shetland Museum’s Curator, Ian Tait, talk about about SOTEAG and the importance of its work in the past and into the future.

SOTEAG celebrated its 40th anniversary at the Shetland Museum on Thursday 1st March. BBC Shetland spoke to a few people who have worked with SOTEAG over the years. Click below to hear SOTEAG’s story.

SHETLAND’s environment is one of the most understood and best monitored ecologies in the whole of the UK thanks to a unique cooperation between the oil industry, the local authority and the academic world.

The Sullom Voe Terminal Environmental Advisory Group, or SOTEAG, celebrated its 40th anniversary in February last year, but it is only now, one year later, that the group has managed to lay on a series of events to mark the occasion.

SOTEAG was founded to carry out wide-ranging environmental baseline surveys in order to measure environmental damage, and recovery, in case of an oil spill.

The first and only major oil pollution at Sullom Voe Terminal, when the Esso Bernicia spilled almost 1,200 tonnes of oil into Yell Sound on 30 December 1978, helped to focus minds and reinforced the value of such an undertaking.

Speaking ahead of Thursday’s events, SOTEAG chairman Dave Paterson said the organisation was unique in its set-up as being independent of the oil industry and, in addition, is today seen as a blueprint for other regions, such as the Falkland Islands, in preparing to accommodate the oil industry. END_OF_DOCUMENT_TOKEN_TO_BE_REPLACED